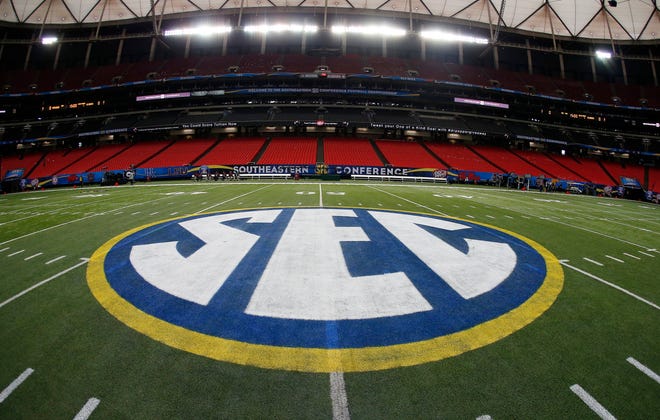 Five of the 10 conferences from 1991 are either defunct or no longer compete in the FBS. That season, no conference featured more than 10 teams.

By 2025, the Big Ten and SEC each will have at least 16 members, while other conferences fight for survival. Conference growth and evolution are simply part of college football.

So, whether the SEC will expand further seems less a question of if and more a matter of when, and with whom?

The SEC’s past additions of Arkansas, South Carolina, Missouri, Texas A&M, Oklahoma and Texas expanded the conference’s footprint into neighboring states. Other than Missouri, those schools fit the conference’s Southern brand. The SEC’s expansion approach stands in contrast to the Big Ten, which targeted schools from coast to coast.

What schools fit the SEC’s profile?

Clemson and Florida State are big brands within the SEC footprint that would mesh with the culture. They’d add value, too. Other than Notre Dame and teams currently in or joining the Big Ten or SEC, no one attracts a television audience better than Clemson and FSU.

Additionally, North Carolina and Virginia Tech would fit the SEC’s past preference to grow the footprint into neighboring states.

The hurdle? These four schools (along with other expansion possibilities like Virginia and Miami) are in the ACC. And exiting the ACC is complicated by the conference’s grand of rights agreement that runs through 2036. That deal creates an expensive roadblock for any ACC team seeking a new conference.

The ACC’s grant of rights deal might influence the SEC to pump the brakes on further expansion until the 2030s.

How would the schedule be configured?

The SEC plans to shed its two-division structure after Oklahoma and Texas join. Releasing the division shackles will provide a framework for how the conference could conduct its schedule in a 20-team future.

Consider this model: One 20-team conference without divisions. Each team would play three rivals annually, plus eight rotating conference foes, for a total of 11 conference games, plus one nonconference game.

In such a format, you’d play every conference foe at least once every two years, while maintaining marquee rivalries. Do away with nonconference cupcake games that bore fans, and give the audience what they want: More compelling games.

How would the postseason work?

Instead of an SEC Championship, conduct a mini playoff featuring the top six teams from a 20-team SEC, awarding first-round byes to the top two teams.

The winner of this SEC mini playoff could advance to play the winner of another mega conference (likely the Big Ten) in a de facto national championship. Teams that do not reach this clash of mega conference titans could play in traditional bowl games.

A playoff format featuring six SEC teams on one side and six Big Ten teams on the other, meeting in the middle, would resemble an NFL playoff between the AFC and NFC. And the NFL is flourishing.

Why SEC-Big Ten faceoff would be better than current system

Also, you’ll recall that for decades college football had no designated championship game.

The current four-team playoff format is a stale, SEC-dominated affair with little variety. Twice in the past five years, SEC teams played against each other in the national championship.

A format that pits the winner of the SEC vs. the winner of the Big Ten would ensure representation from two conferences, and the postseason likely would be more captivating than the current College Football Playoff, while beefing up regular-season schedules.

If this all sounds a bit far-fetched, consider this: Miami, Rutgers, Temple and West Virginia called the same conference home in 1991. The Big East. Miami won a split national championship. Just more than two decades later, the Big East ceased to exist as a football-playing entity.

The unlikeliest idea when it comes to conference structure is that it will remain the same. Persistent realignment is ingrained in this sport.

Blake Toppmeyer is an SEC Columnist for the USA TODAY Network. Follow him him on Twitter @btoppmeyer.